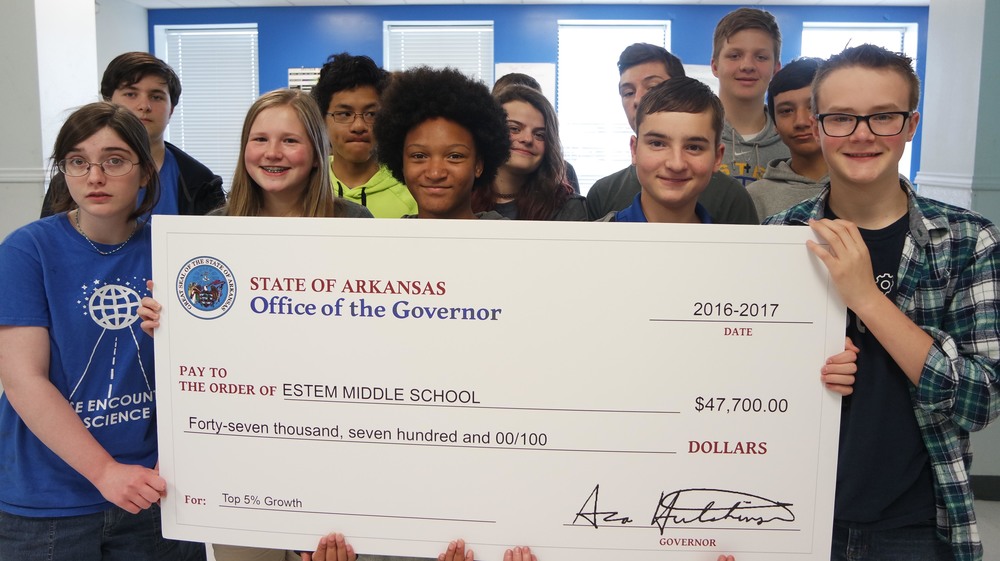 Being a high academic performing and/or growing school not only serves students, but may also result in additional reward funding. This morning, eStem was visited by Rep. Warwick Sabin who presented our leadership team with 2 checks totalling over $97,000.00! These awards were based on the incredible achievement made by our middle and high school students on last year's ACT Aspire test.

For the 2015-16 school year, 201 public schools were recognized as either high performing schools, high gaining schools, or both through the Arkansas School Recognition and Reward Program. The program recognizes the top 10 percent of schools based on academic achievement and/or academic growth and graduation rates. eStem was among the top 5% of these schools and earned some of the highest funding in the state!