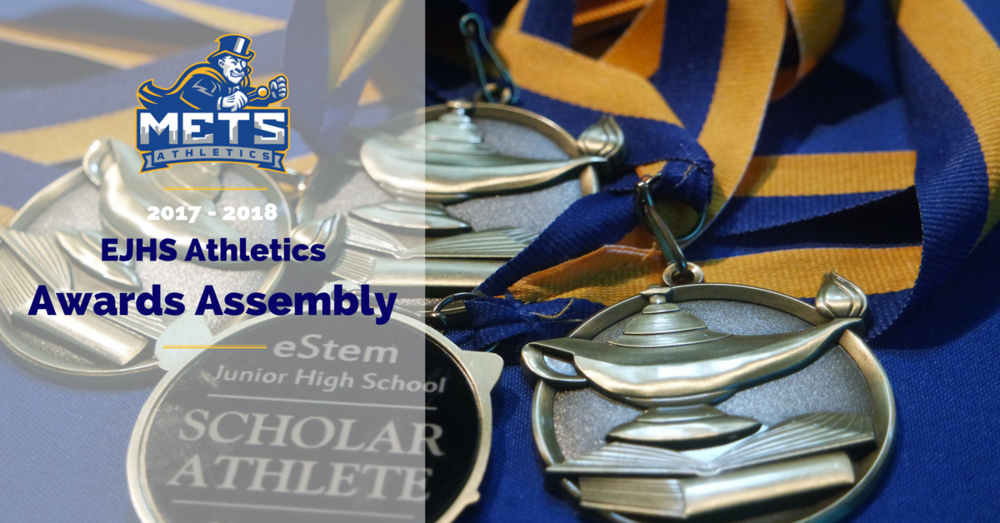 Over 50 athletes where honored at the ceremony for their exemplary efforts both on and off the court. In addition issuing awards such as 'most-improved', 'MVP', and 'Offensive/Defensive Player of the Year', each coach selected a 'Team Leadership Award' recipient for their strong dedicating toward raising up their fellow athletes.

New to the eStem coaching staff, Ms. Arelia Lewis, received the Coach of the Year Award for her incredible transformation of the EJHS Cheer Team.

To conclude the ceremony, student athletes Tyler Hawkins and Madison Valley gave a moving speech about their experiences on the court this year.

Below is a list of each award given at the ceremony. Congratulations to all of our student athletes on an incredible season!