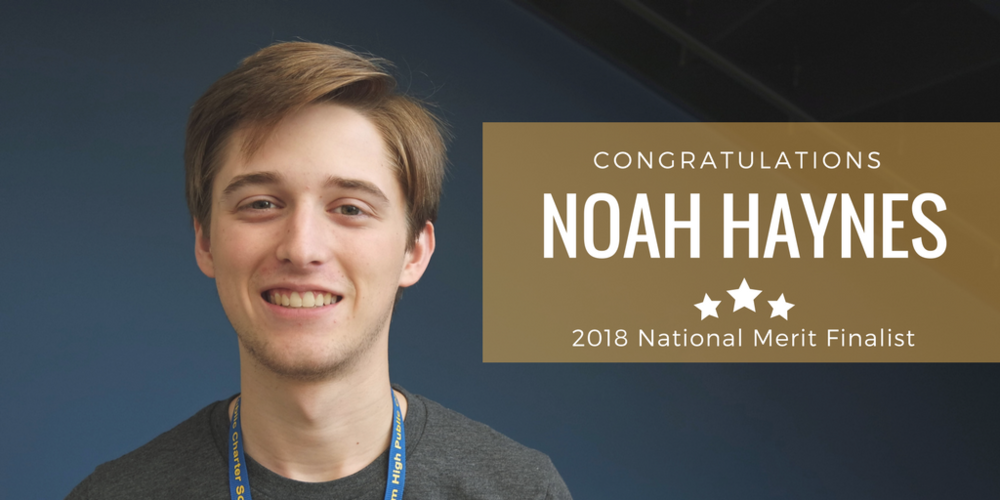 eStem High School is extremely excited to announce that EHS Senior, Noah Haynes has been selected as a 2018 National Merit Finalist!

Earlier this fall, we reported the incredible achievement of EHS student, Noah Haynes after being named a semi-finalists in the 2018 National Merit Scholarship Competition. Each year, nearly 1.6 million students apply for National Merit Scholarships. Of the 16,000 semifinalists that were named this fall, less than 15,000 were selected to advance to the next phase in the competition.

As a finalist, Noah will be competing for a part of a number of scholarships worth nearly $32 million collectively. About half of this year's finalists will go on to be named 2018 National Merit Scholars. Winners will be announced in early summer.

Throughout eStem's history, we've had a number of students selected as National Merit finalists and semifinalists. Only 2, however, have advanced far enough to be named National Merit Scholars. Noah's achievements could qualify him to be our 3rd NMS recipient!

This will be an exciting spring as we anxiously await the announcement of this year's winners. Regardless of the results, we are extremely proud of Noah and his accomplishments. We look forward to updating you on Noah's progress over the next few months.